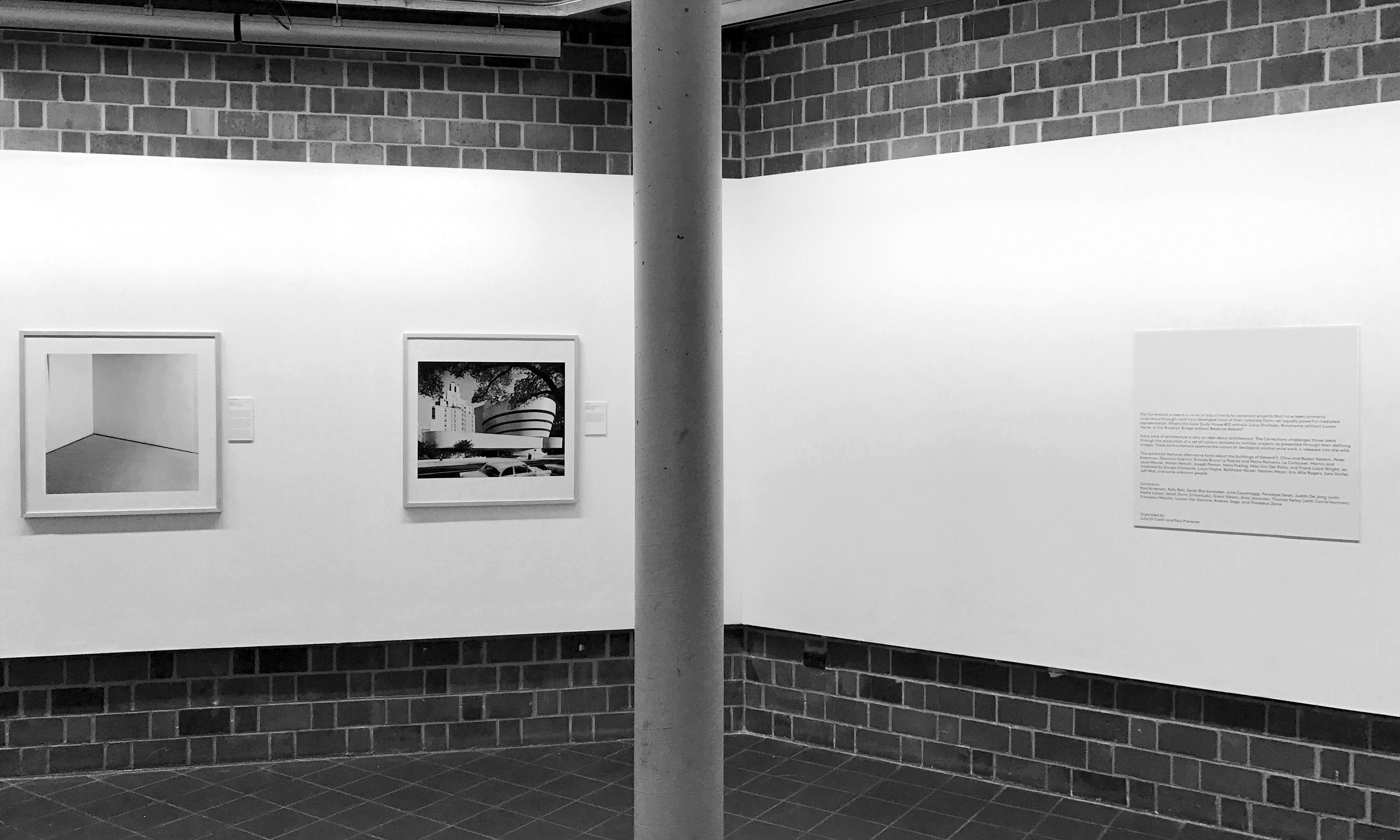 Two pairs of buildings.
‍
Wright reinvigorated the major themes of his life’s work with the Guggenheim’s main gallery. The cantilevered roof, clerestory window, and heavy base were not only wrapped into a vertical configuration, but unified in a way that anticipated many architects' future obsession with integration.

The original photo shows the museum as Wright designed it. On the left side of the image, the building’s north wing is a caricature of his tropes. On the right, the spiral gallery epitomizes their profound reinvention. In the corrected image, the horizontal base is a podium for both the neighboring apartment building and the spiral gallery—a pair of towers, a typically pyramidal tall building and its inversion.

These images were made for a 2017 UIC Architecture faculty show. The brief asked contributors to modify an iconic architectural photo. 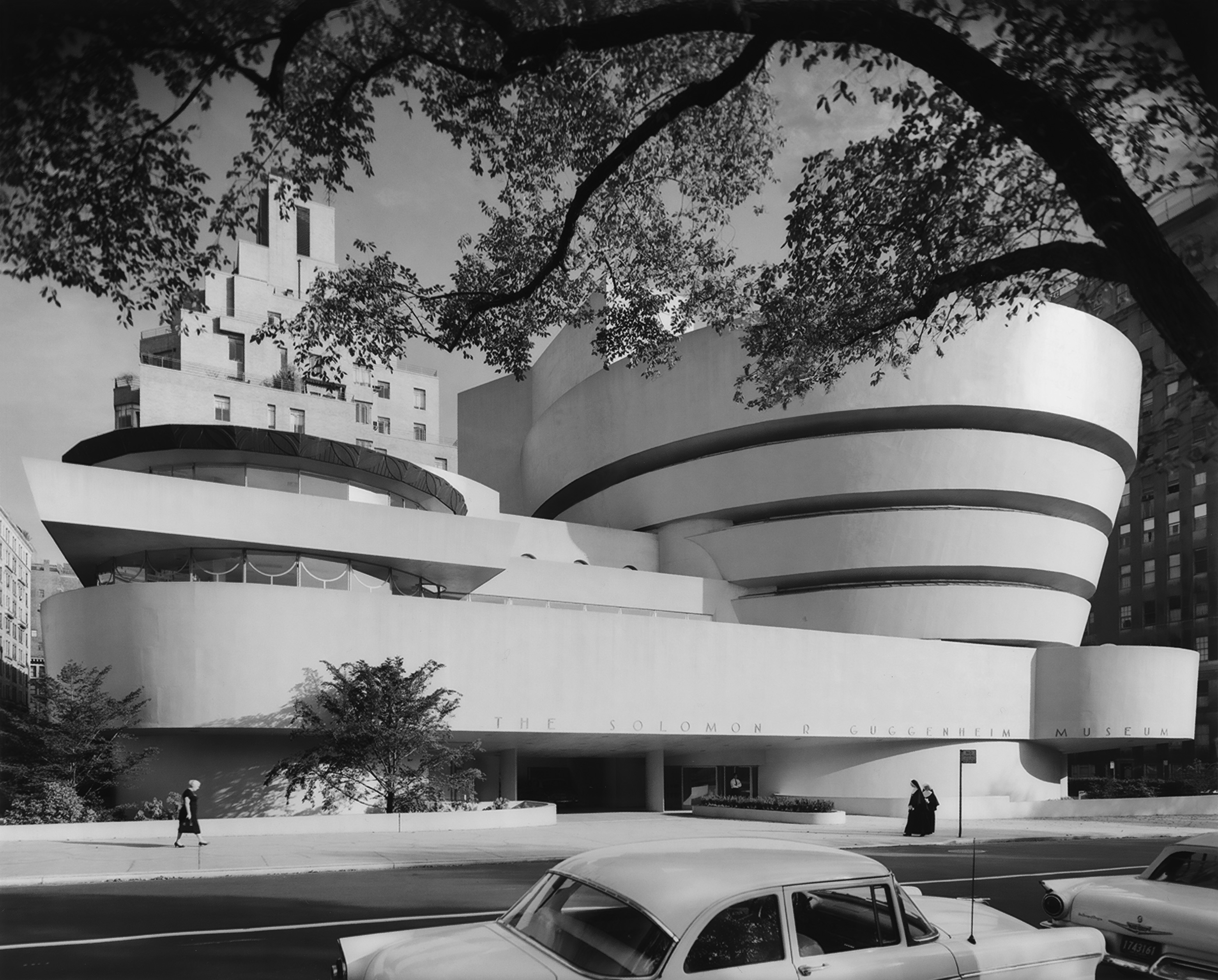 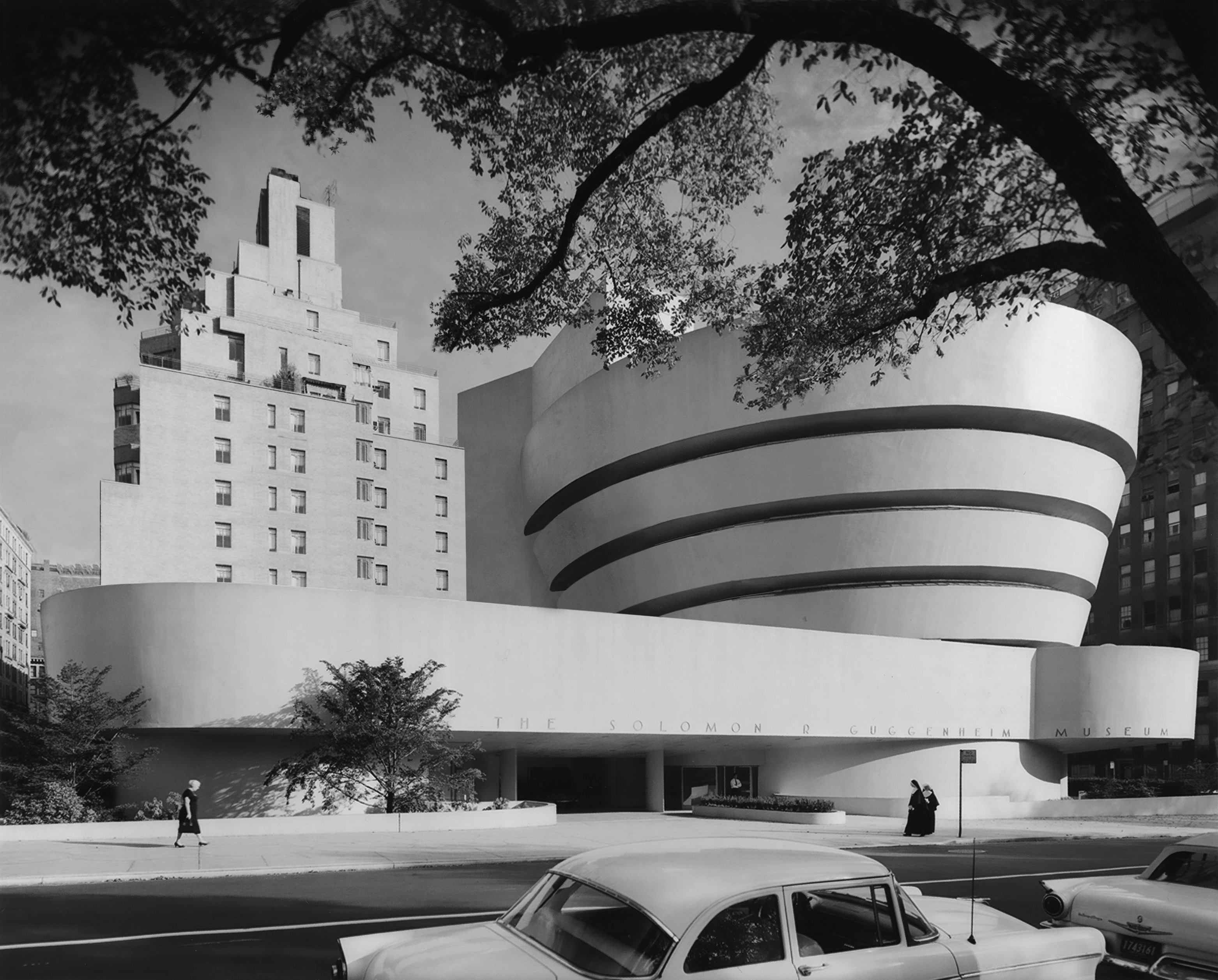